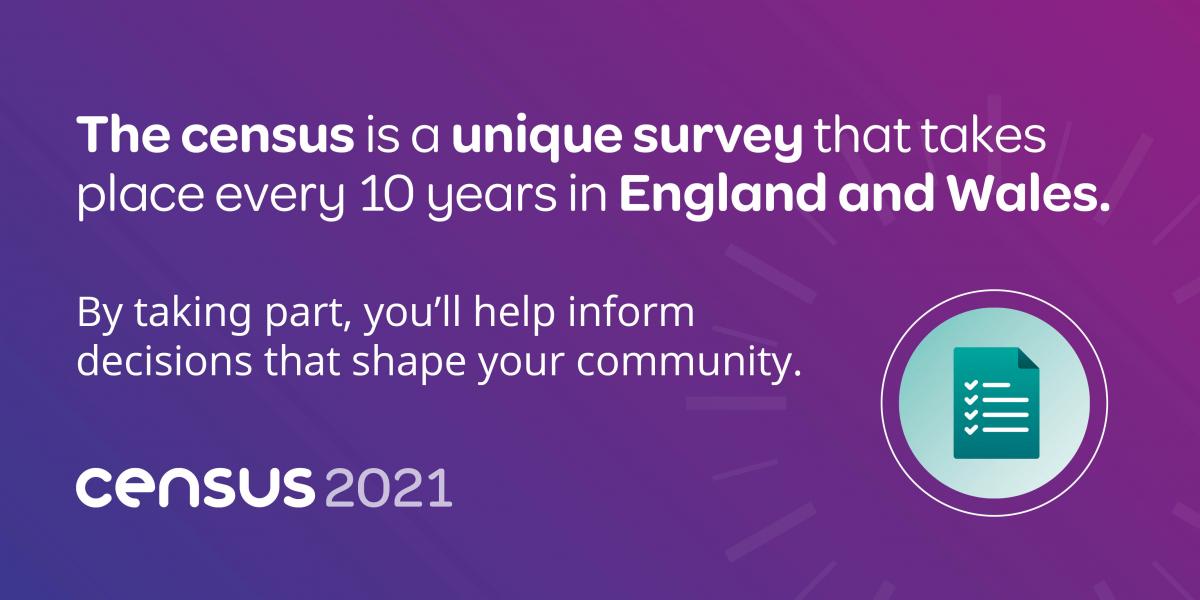 East Cambridgeshire District Council is reminding residents to take part in the census ahead of Census Day on the 21st March.

The census is a once-in-a-decade survey that gives an accurate estimate of all the people and households in England and Wales and has taken place since 1801.

It will be the first census to be run predominantly online and households will receive a letter with a unique access code which allows them to complete the questionnaire on their computers, phones or tablets.

For those people who are unable to complete the survey online, it is possible to request a paper copy (see below).

Councillor Anna Bailey, Leader of East Cambridgeshire District Council, said: “It is absolutely vital that every household in East Cambridgeshire takes part in the census this year as the information gathered will allow us to better understand the needs of the community and to plan and fund services.

“The information you share during the census will be used by a variety of organisations and will not only impact your own lives, but the lives of everyone in the district and all of those living in England and Wales.

“Not completing the census or providing false information is actually a criminal offence but there are also serious real life implications for funding and service delivery in East Cambs and I urge everyone to take just 10 minutes out of their day to complete the survey.”

While the census day isn’t until 21st March, households are able to complete the survey ahead of time using the digital access code sent via the post.

The census will include questions about your gender, age, work, health, education, household size and ethnicity. And, for the first time, there will be a question asking people whether they have served in the armed forces, as well as voluntary questions for those aged 16 and over on sexual orientation and gender identity.

Results will be available within 12 months, although personal records will be locked away for 100 years, kept safe for future generations.

For those unable to complete the census online, you can request a paper copy here: https://census.gov.uk/en/request/paper-questionnaire/enter-address/

For more information or for help completing the census, visit www.census.gov.uk

Catch up on the Council's Latest News!